Yes, 2018 has arrived and I am still alive and kicking


Yeah, yeah.  It’s been a long time.  I know that.  My family knows that.  The weeks and months fly by.  It’s difficult to believe that I am writing this 10 months after my last post.  I've been active in trading but the blog posting side has been silent.  One day….I know.  It’s been said before.  One of these days Alice.  So in honor of the delay, I bring you my latest arrivals.

It’s been a long time coming but finally……Eddie has been brought to his final resting place.  Yes, this gem was picked up and his arrival has completed the blue back set from 1951.  It’s been a long time waiting. I wasn’t out there a lot. Life has a way of taking you from city to city as the years go by. And who comes through?  Yes, the wife, as usual.  Thank you babe.  This set is one that wasn't always  top of mind but always illusive and nagging.  It needed to be completed.  The oldest set (by far) that I can say is complete.  Merry Christmas to me. 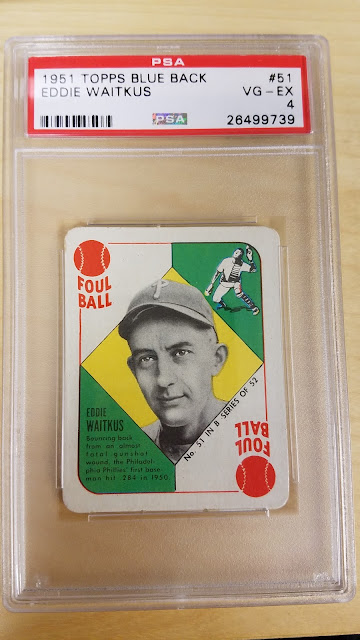 But Eddie was not alone.  He came along with many, many friends.  Many of them joined the Christmas celebration.  His arrival with others completed three sets.  Yes, three and I don’t mean  anything close to 2017 Topps.  I am aged and I can attest that my beloved does stray toward the older version of Topps sets of my youth.  The nagging single from 1977, Steve Garvey.  Call that set complete.  But much more to my surprise, 1971 came a-callin’.

Bonjour mes amis.  One by one, the 71’s rolled on through.  Checklists…check the box…figuratively only, of course. No check marks necessary. 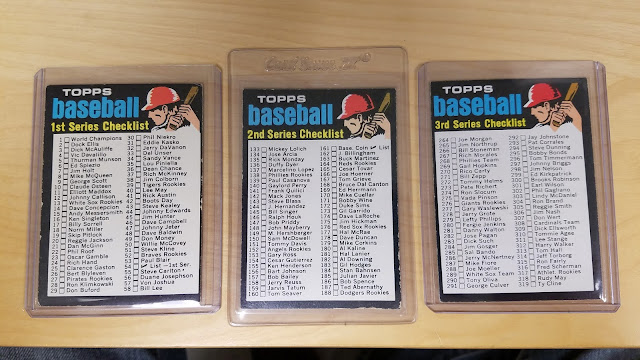 And then the flood gates opened, literally.  Perez and Flood. 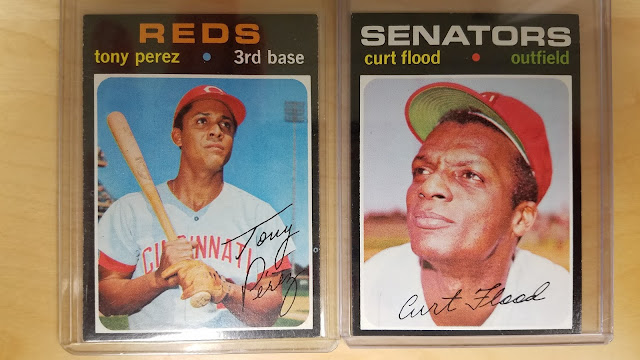 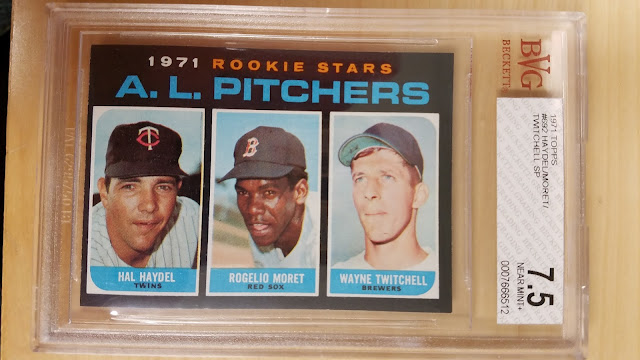 A Marshall and Pena 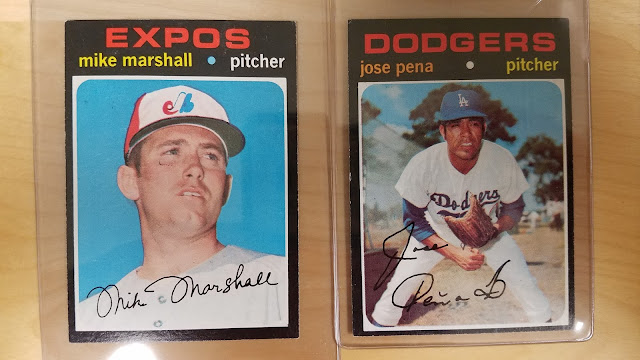 But, what to my wondering eyes should appear, but a Cub and a Red and an Oriole star reindeer…. 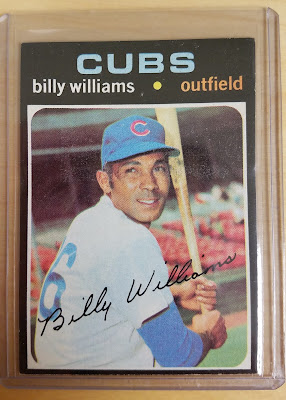 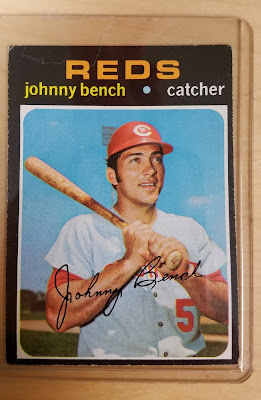 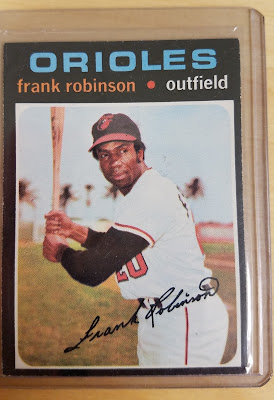 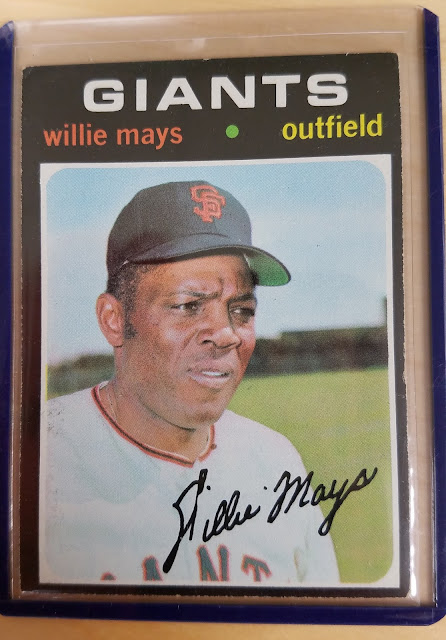 I have received some great cards over the years but this year speaks volumes.  My appreciation is unending.  Thank you to my life long mate.  Thank you for dealing with the craziness that comes along with 40+ years of baseball card collecting.  Thank you for allowing me to indulge myself in “flat men” (Credit to Mr. Dave Kroener). I depart knowing I will return…but when?  Who knows……..
Posted by Kyle D at 2:10 AM 5 comments: