Ok, so I've been MIA for a few weeks or months.  Well let's just say it for what it is, basically all of 2014.  Two whole posts in twelve months is not what I had in mind when I started this blog.  New year's resolution...more posts in 2015.  Now that should be an easy task.  I look back and see I posted on January 2nd, 2014.  I guess I'm a little late this year.  But this years post references 2014 so I'll straddle the fence for this one post and give half to 2014 and half to 2015.  That means I have to fulfill my resolution with at least three more posts this year.  Actually I see myself speeding past that this year.  Work travel is no longer every other week and then some.  Maybe a bit of that in January and February, but it should get to a manageable once per month at most timeframe soon.  I digress.......

Christmas was and always will be my favorite time of year.  I'm lucky enough to be able to take some time off and enjoy it with family and friends.  This year was no exception and I hope all of you also had a wonderful holiday season.  As it normally is in my house, I am an anomaly when it comes to receiving presents.  My motto is, if I want it, I'll buy it.  It doesn't matter what time of year.  So finding a list to put together is not always the easiest of tasks for me.  But it will always include cards.  That being said, this past year has been a slow card buying year.  I need to purge more than acquire.  I'm actually making that happen by selling the hockey cards that have only been collecting dust for 10+ years to a more caring and appreciative soul.  What started out as a 40 year collection has dwindled down a bit but still takes up more room than I'd like to see.  Why is it some people just don't want a set or three of 1991-92 Score Hockey cards???  Anyway, that project continues....

As I was saying, I am usually the one person that has cards on the brain but family doesn't like to buy what I don't collect.  It's been easy to say, Topps, Bowman and any variation of those.  But still the single pack of Bowman Platinum sits on a shelf waiting for some friends to join the fun in an 800 count box.  It gets lonely in there so I have reserved box dedication to those sets that have at least 100 cards to fill the box.  I assure you those Bowman Platinum's one day will see the inside of a box, but right now for those 15 cards..........lonely is the night.  Back to the list.....both last year and this year, I had a very easy time telling family what I wanted.  Topps Update Mega Box.  The two-fer special that includes Topps Update and Topps Chrome Update, both of which will have no problem seeing the inside of a box.  So this year I received 6-8 of those boxes from a few people.  Needless to say, I enjoyed opening those over the past week or so.  Unopened boxes don't stay unopened long in my presence.  No huge hits in either but still the Chrome set is complete except for one missing card and the Regular Update is close to being the same.  Hint, hint...look for those lists to be added in my ever growing want list tab.

After seeing those boxes cluttering the room, I thought I was done for the cards coming my way.  But I had a surprise waiting for me from my lovely wife.  For some reason she decided to venture onto my blog to see what she could rustle up for me.  To hear her tell it, she spent weeks/months searching, finding, deciding and changing her mind like a bottle of shampoo.  Rinse, lather, repeat.  But what she ended up purchasing was a couple of cards from the bottom of my list.  Many cards fill the gap between the first year listed on my blog to the second year listed but those 17 years are filled with more wants that haves, so they go unlisted...for now.  To culminate my Christmas present opening, I present to you the shock of gifts that I would have bet good money would never have been something I would have expected from my wife. 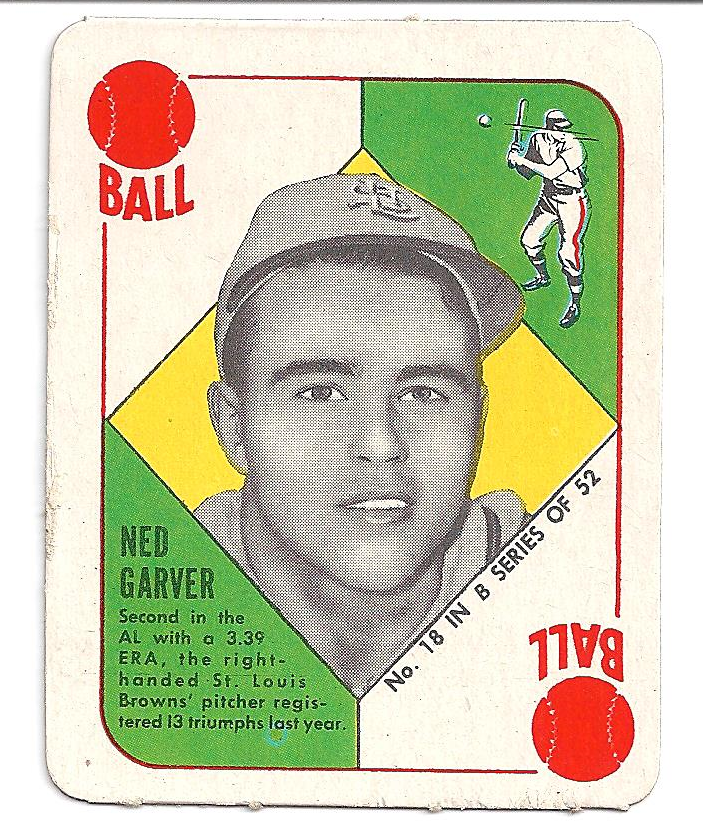 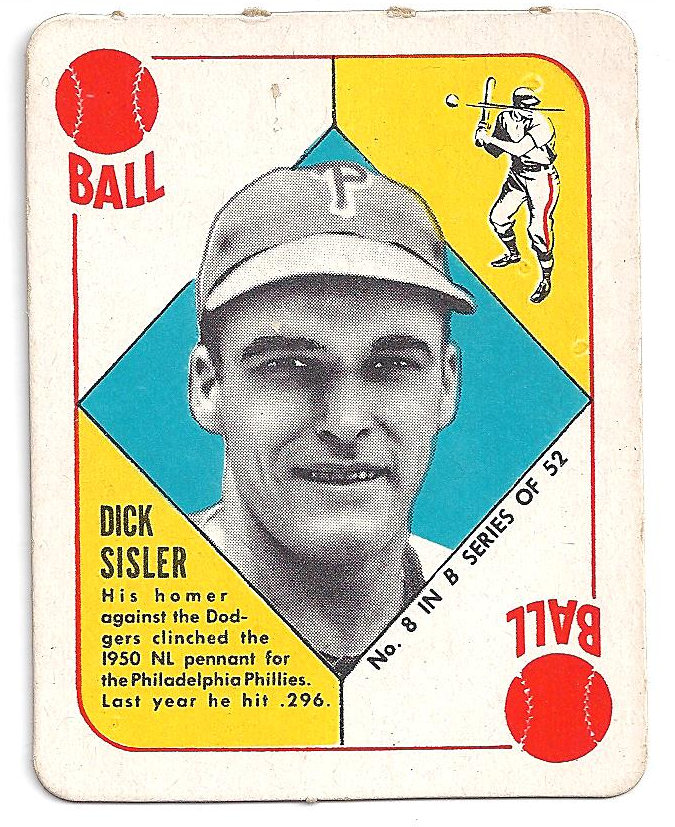 Yes, 1951 Topps Blue Back.  Two of the remaining eight cards needed to complete that set.  Shock does not even come close to what I felt when I opened that last gift.  And not even some bike spoke driven, fell in the mud kind of cards.  These are in a condition that put some, if not most, of the other 1951 Topps cards in my collection to shame.  The brightness of white glistens.  These cards must have been set aside and not touched for decades.

Needless to say, I'm now back in the game for the remaining 6.  I want to complete this set more than any other set I own.  But you don't find many people that are willing to trade for these.  I have a few doubles, not nearly as nice as these just in case any of you have a few 1951 cards set aside for trading.

So I again want to say...you'll hear from me more in 2015 but most importantly, a gracious thank you to my lovely wife for these cards.  I can only imagine what could come my way next Christmas.  I need to start adding to my want lists so she has more to choose from.
Posted by Kyle D at 11:19 PM 4 comments: