Here I am less than two months from my last post.  Much better than the five month gap from the previous post and the seven month gap prior to that.  Progress....who knows.  At this pace, I may actually get more than 5 posts in for 2015.  Let's hope so.  I have been meaning to get this post done but I needed to wait until I was home to get scans of what I wanted to post.  For what it's worth, I enjoy perusing the blogs I read on a more regular basis but taking time to post is not something that will be a daily or even weekly event for me. So there you have it....let the sarcasm begin.

I have been fortunate enough to pull some decent buyback cards since Topps decided to venture into that business.  I'm not sure if it was an abundance of cards sitting on their desks after the 2011/2012 online promotion or if they just didn't want to put forth the effort to set up the web page so that we could have a little extra fun by trying to collect some older cards, if you were lucky enough to do so.  As I said, fortunate has been the theme for me but there are a few of these cards that I can only scratch my head and wonder; what the hell was Topps thinking when they made these secondary market purchases.  With that in mind, I present a variation of the most recent successes or lack thereof: 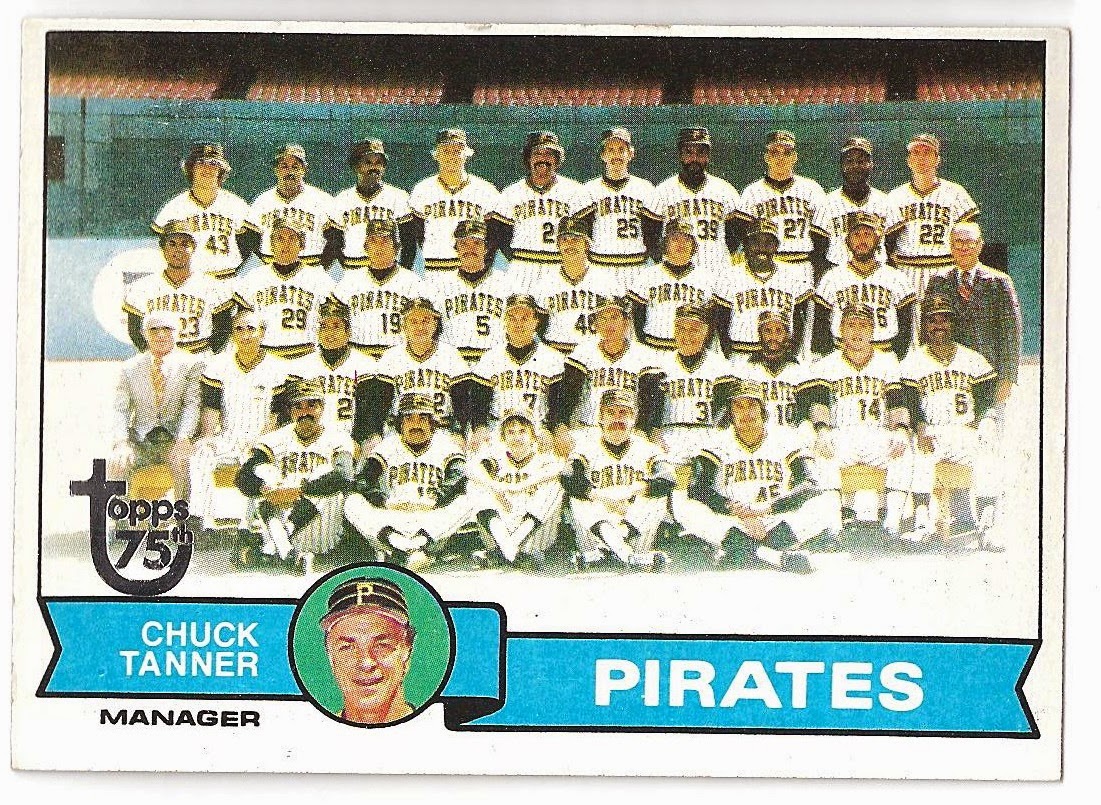 One of the better pulls from a pack.  An unmarked "We Are Family" 1979 Pirates Checklist.  Not one that I need for my set but still I look upon this as a successful pull.  35+ years old an in fairly good shape.  One that had I needed it for my set, would have been a welcomed sight and successful purchase.  I'll now move on to those that may not qualify as such. 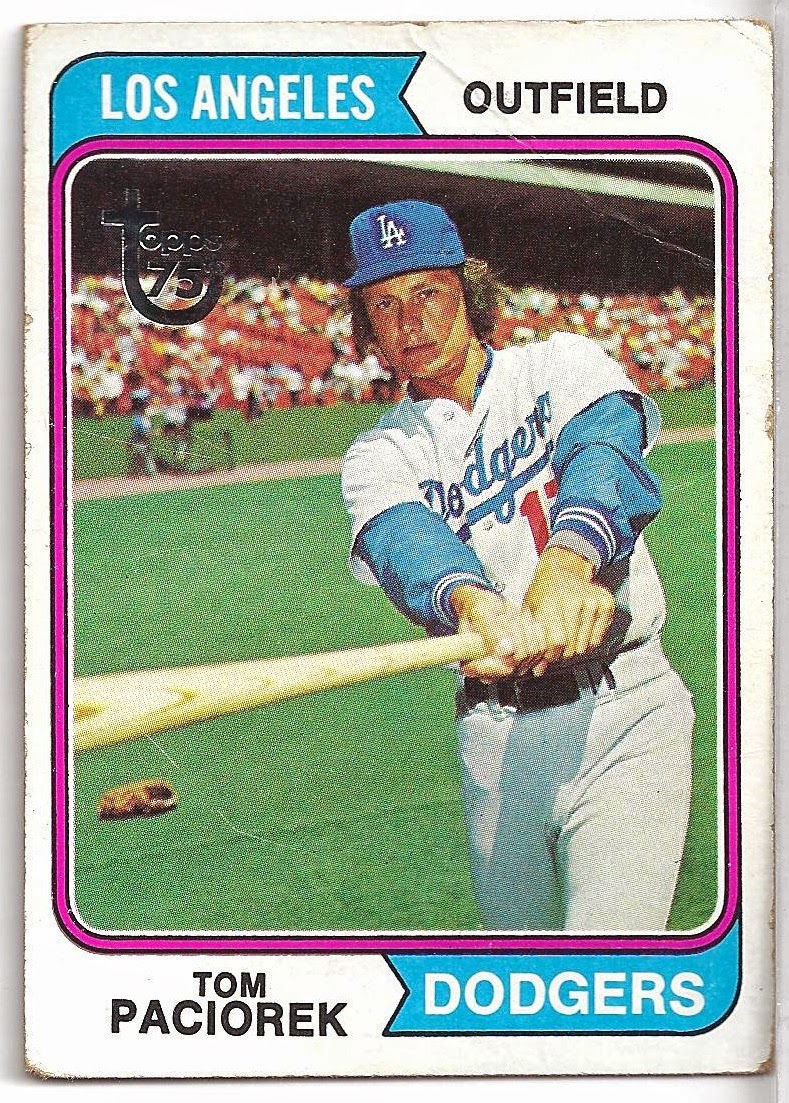 Ok, a Dodger, but if you look closely enough, this card has seen better days.  The corners look as if they've been sitting in an open box without any protection and the crease across the upper right corner makes me believe this card traveled from LA to New York by courier pigeon who made a few extra stops along the way.  The crease is a front only surface crease and the back looks, well, ok for a fill in.  But not something many collectors would purchase to complete their set.  If it was a 1974 Winfield, I'd give a little grace, but a 10 cents common?  Geez...........but

Now for the coup d'état: 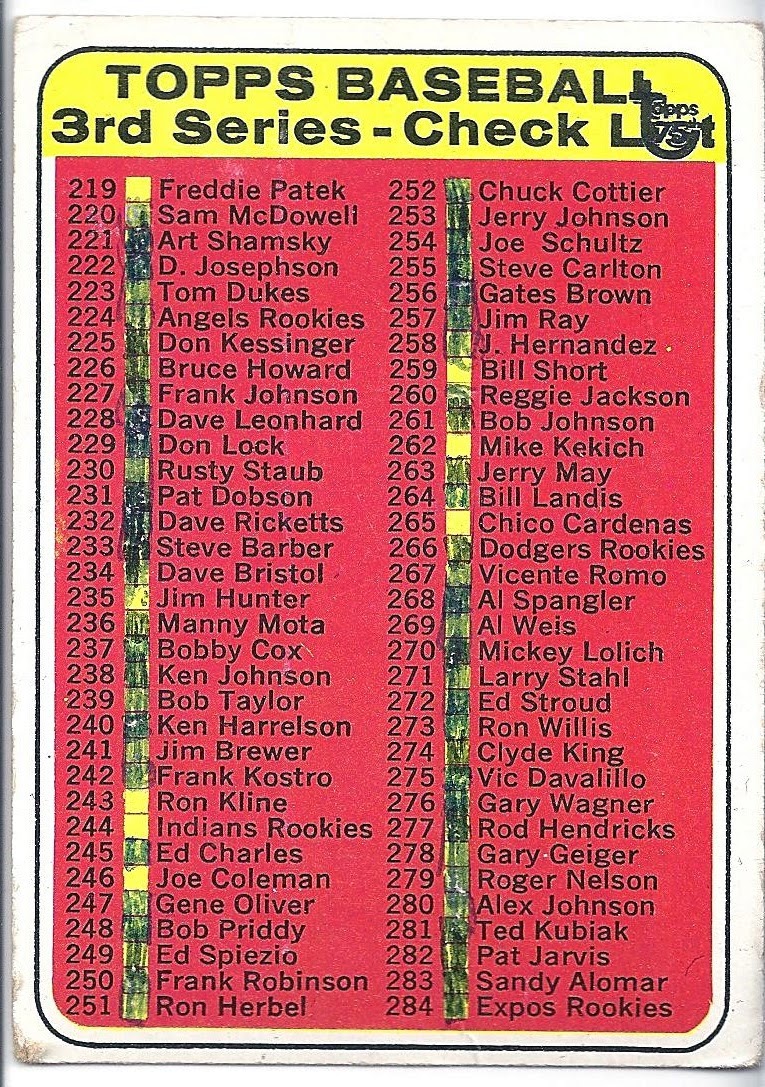 Really?  Are you flipping serious?  It is from 1969 but, damn Topps, did this work it's way to Woodstock for some card trading only to get shoved in somebody's back pocket before Jimi got up and played his arse off?  Who in their right mind would go to a card show or do business with a shady seller and buy this thinking it was ok to pass this on as a promotion?  It's comical to look at this and think whoever placed this in the stack for insertion thought this was a good idea.

Oh well, I suppose it's better than pulling a Walt Weiss 1989 Topps card in pristine condition.  At least this 1969 card gets some attention whereas the Weiss card would get shoved in a box with hundreds of other cards as if it was pulled out of a pack when the mullet craze was in full force.  On to the next phase of Topps insert conversation...........................
Posted by Kyle D at 1:32 AM 2 comments: